The Roasting Kit helps to add extra flavour and capture existing juices. The kit contains a pair of Meat Claws, perfect for pulling pork. The Hickory Smoking Chips add beautiful undertones to whatever is being cooked and the Non Stick Tray with Roasting Rack collects juices for the most moist meat.

Cooking on the Big Green Egg

£25.00
Add
Delivery & Returns
SOTO GARDENS EDITS AND COLLECTIONS: Soto hand delivers within 3-5 working days to Greater London and the Home Counties. Please get in touch if you live outside these areas. Delivery is free for all orders over £50. For orders under £50, we charge £6. If you would like your order delivered after this period, please let us know when you’d like to take receipt in the delivery notes. Please see our delivery and returns page for more information. BIG GREEN EGG: Big Green Egg products are delivered by the Big Green Egg in accordance with their T&C’s. Please contact Soto if you’ve any questions about delivery of their collections.

Please note that the Roasting Rack is not available for the MiniMax due to size. 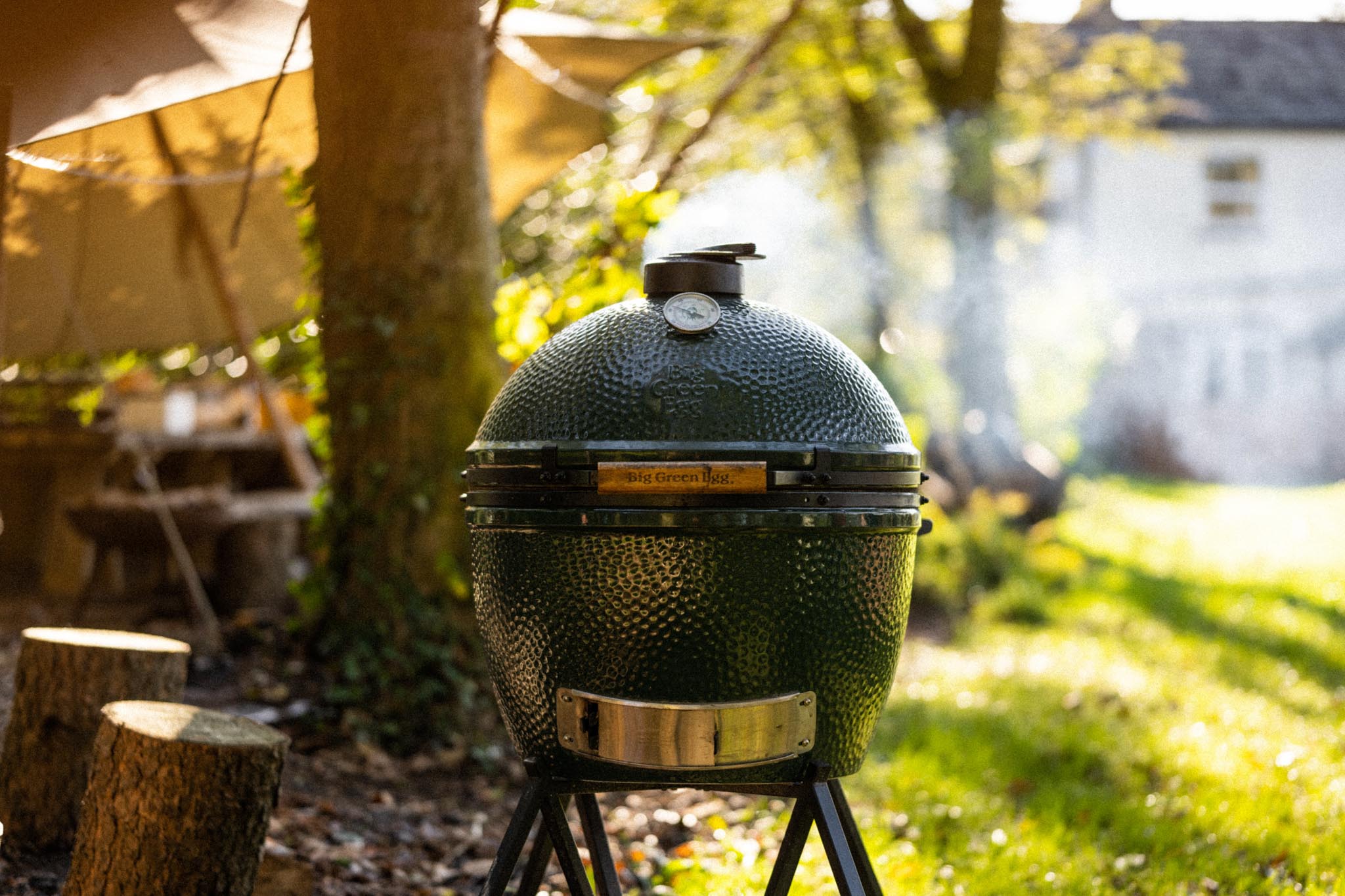 Owning a Big Green EGG can be a lifestyle. The patented ceramics mean alfresco cooking is an activity that can be enjoyed all year round. It takes minutes to heat up meaning mid-week meals can be as delicious as weekend feasts. A Big Green EGG is for those who have a passion for the finer things in life.

The Big Green EGG story began in the 1970’s but the technology has ancient routes. Founder Ed Fischer first discovered kamado style cookers during World War 2 when posted in Asia and was impressed by the flavour these cookers created. Later, in the 1970’s when looking to diversify his pin ball machine business for the summer months, he started to import Japanese kamados. Striving for excellence he developed his own cooker using contemporary production techniques and materials. Partly due to the ceramics, which use technology developed by NASA, these ancient, traditional clay ovens were further developed into special, fully fledged outdoor cookers.

The current generation of Big Green Eggs is the result of a combination of ancient wisdom and innovative technology.

What's in the box

With super deep sides, and the perfect dimensions to collect juices before they start to dry out, our Drip Pan is a BBQ mainstay. Coupled with our Roasting Rack you’ll take your next roast to new heights.

Think pulling pork is satisfying? You haven’t tried pulling pork with meat claws. They’re specifically designed for the job — so no more muddling through with forks. Ideal for easy pulling and consistent chunks.

For a quick burst of woodsmoke, throw some woodchips on the charcoals. You’ll get beautiful, flavourful undertones in whatever it is you’re cooking — from fish, steak and pork, to vegetables or even ice cream. 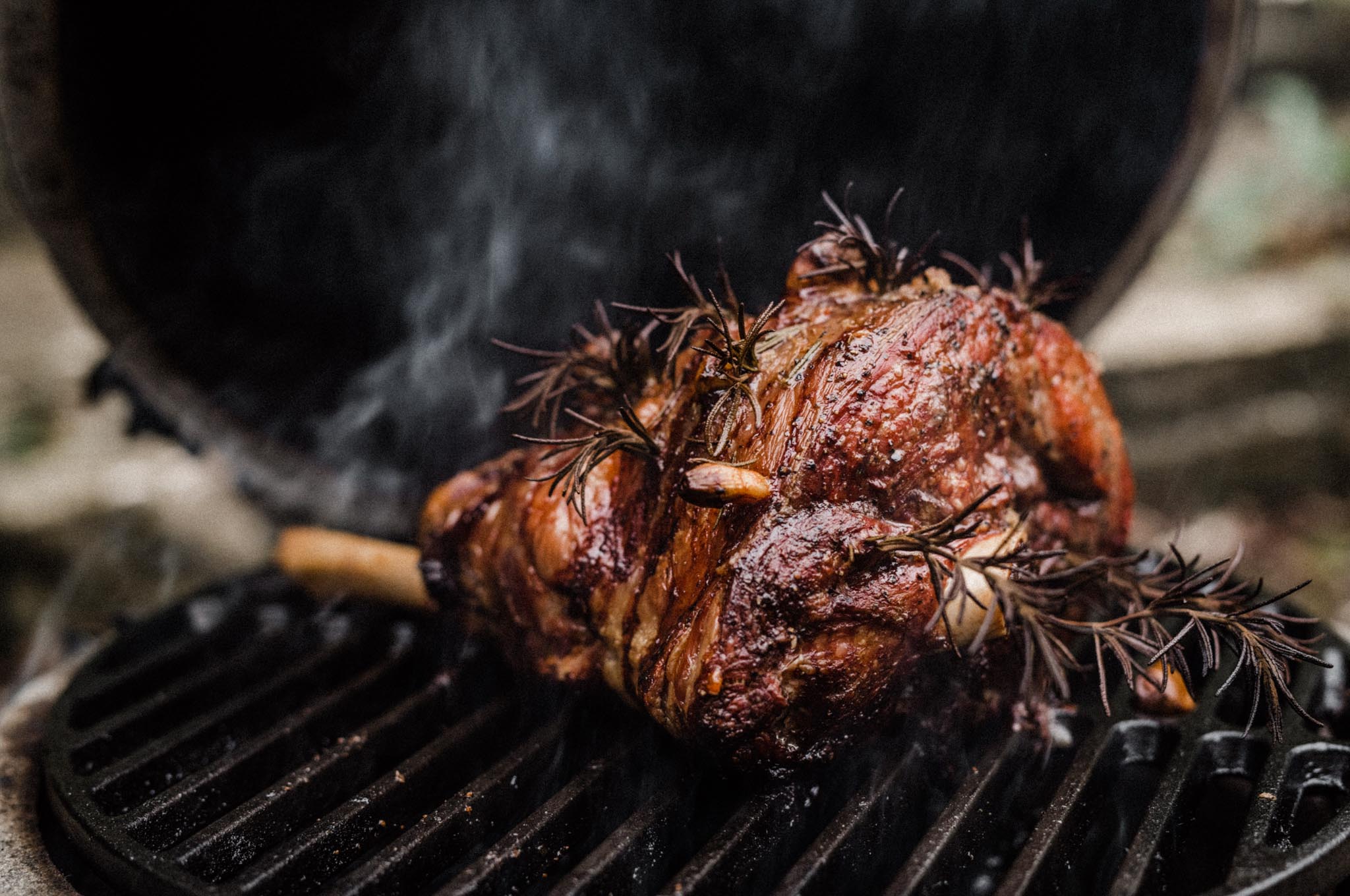 Providing the outside space your home deserves.

For those who want their outside space to be as stylish as their home's interior, we provide a curated selection of plants and accessories at Garden Centre prices. They are professionally designed by an RHS medal-winning garden designer and delivered to your front door.

Sign up for garden inspiration, plant care and seasonal updates